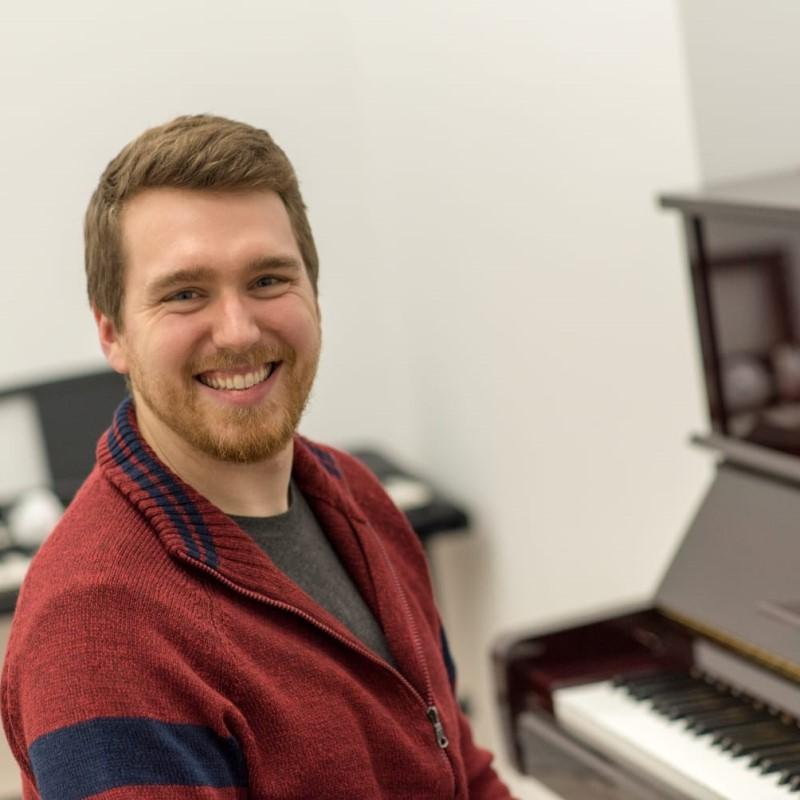 Aaron Lott is a pianist and vocalist originally from Ames, IA. Before attending Iowa State University (ISU), he studied with local piano teacher, Paula Forrest. He graduated with a Bachelor of Music Performance from ISU, where he studied piano with Dr. William David and voice with Dr. Donald Simonson. He briefly studied piano with Dr. Mei-Hsuan Huang at ISU before venturing to New York City to study with Thomas Muraco. He eventually moved to London, UK where he graduated with a Master in Piano Accompaniment from the Royal College of Music (RCM). While at RCM, he studied piano under the tutelage of Simon Lepper and Roger Vignoles and voice under the tutelage of Janis Kelly.

While he was living in Europe, Aaron participated in several music festivals, including the Berlin Song Festival (with Caroline Dowdle) in Germany, the Lied Studio (with Joan Rodgers, Gary Matthewman and Cordula Kempe) in the UK, the Kirchheimer Liedersommer (with Graham Johnson and Sabine Fues) in Germany, and Frost of Scandinavia (with Audrey Hyland and Vibeke Wrede) in Denmark.

In Bilbao, Spain, he was a part of the Arteta Music School, teaching piano, voice and theory in both Spanish and English. He also directed the Arteta Gospel Choir, focusing in vocal technique and English pronunciation.

Now back in Ames, Aaron runs his own music studio (Lott Music Studio) and works as staff piano accompanist at Drake University in Des Moines.